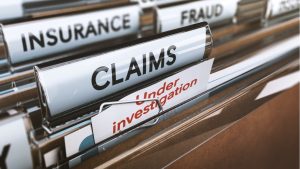 Religare Health Insurance Company is a standalone health insurance company which was established in July 2012. Religare Health is a part of the Religare Enterprises Limited which enjoys a good market reputation. Ever since the company was formed, Religare Health has been offering innovative and cutting edge health insurance products which are not only comprehensive in terms of their coverage, they also have affordable premiums. The company has also won various awards which include the Best Health Insurance Company presented by the ABP News-BFSI Awards and also the Best Medical Insurance Product Award presented at The FICCI Healthcare Awards among others.

When it comes to health insurance claims, Religare has an in-house claim settlement department which eliminates any third-party administrator and ensures speedy claim settlements. The company boasts of a high claim settlement ratio which stands at 92%. The Incurred Claims Ratio for the financial year 2017-18 is also good at 51.97% (Source: https://www.bankbazaar.com/health-insurance/incurred-claim-ratio-irda-data.html)

Let’s understand what these claims are and the process of filing each.

What is a cashless claim?

A cashless health insurance claim is where Religare settles your medical bills directly with the hospital. You don’t have to face the burden of the bills yourself. Cashless claims are available if you seek treatment at any of the networked hospitals in India. Currently, Religare has a tie-up with more than 5420 hospitals across India that allows cashless claim settlements.

What is a reimbursement claim?

A reimbursement claim, on the other hand, is when you are not admitted at a networked hospital. In that case, you are required to pay your medical bills yourself. Thereafter, once you are discharged, you can submit your medical bills and get them reimbursed from Religare.

Now that you know the different types of health insurance claims, let’s understand the process through which you can file each claim.

If you are admitted in a non-networked hospital or if your cashless pre-authorization is not accepted, you have to file for a reimbursement claim. The process is again divided into three heads which are as follows:

When the company is informed it would give you a claim reference ID for future correspondence. You can check your Religare claim status using the reference ID.

You should avail the claim form which is available online with Religare at https://www.religarehealthinsurance.com/health-insurance-claim-forms.html. Fill up the form, sign it and send it to the company along with the relevant documents pertaining to the claim. The address at which the claim form and the documents should be sent is as follows –

Whether you are making a cashless claim or a reimbursement one, you would have to submit some documents to the insurance company for settlement of your claims.
These documents include the following –

Though Religare offers speedy claim settlements, there are situations when your health insurance claim can be rejected. These situations include the following –

So, if your health insurance claim is rejected, understand why the rejection occurred.

Alternatively, you can also contact Turtlemint for your Religare health insurance claims. Turtlemint would help you get your claims settled quickly. You wouldn’t have to remember the detailed steps of the claim process. All you would have to do is intimate Turtlemint of your claim. Intimation can be given by calling up the toll-free number 1800 266 0101 or by sending an email to claims@turtlemint.com. Thereafter, Turtlemint would coordinate with Religare and get your claims settled at the earliest. You can also track your Religare health insurance claim status online and keep informed about the settlement of your claim. Simple, isn’t it?

MUST INSURANCE, Kothrud is a client focused insurance agency which does Insurance Counselling / Advisory / Consultation to clients to first carry clients NEED ANALYSIS. Only post this stage, we recommend you a right insurance solution which we think is a MUST for your INSURANCE need.

What is Kothrud Business Local Directory all about?

An online local directory is a website that lists local businesses, usually within categories. These directories allow business owners to list their business, get their name in front of the customers, and give customers the information they need to contact the business. It also narrows the World Wide Web down to location-based communities and places and makes local businesses more accessible to the customers that use them.

The details provided in an online listing will vary from business to business and from directory to directory. Typical information includes: